Message from Mehmet Altay YEGİN our Chairman of the Board of Directors, with Reference to International Women's Day on March 8. 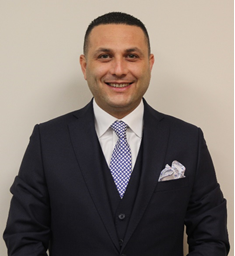 ‘Everything in the World Is the Work of Women.’

150 years ago, women who started fighting against poor working conditions with the slogan of equal pay for equal work at the risk of death continue to be the heroes of that journey they started today, even though they are not mentioned by their names.

The phrase “Everything in the World is the Work of Women” belongs to Gazi Mustafa Kemal Atatürk, the founder of the Republic of Turkey. The young republic has argued that women's rights are also an integral part of human rights in the era of the Young Republic and main condition for establishing a modern state of law is to recognize the social, cultural and political rights of woman like man in society and that it was to respect these rights and in this context, this is the way and method of modernization and becoming a modern society.

The Great Leader attached great importance to Turkish women's rights during and after the establishment of the Republic and implemented legal regulations for the acquisition of women's rights.

It should be noted that the use of political and social rights by women is necessary for the happiness and decency of humanity, and the Turkish woman should work for the peace and security of the world by giving her hand to the femininity of the world, again among her most important goals.

I would like to congratulate women all over the world, our country, our members and who serve on the board of directors for International Women's Day on March 8 and I pay my respects.

Chairman of the Board of Directors